One of the toughest competitions in the world is back for round three. Ultimate Survival Alaska returns with season three as twelve of the world’s toughest outdoorsmen face off against each other, Mother Nature, and their own will to survive. Some are returning challengers intent on maintaining their reputation, while others are fresh blood out to prove their worth. Four teams – the Military, the Endurance team, the Alaskans, and the Lower 48 – will do whatever it takes to win the title of Ultimate Alaskan Survivor.

The rules are simple. The challenge is a beast. Each leg, teams have just 60 hours to make it from start to finish… surviving off the land with only the gear on their backs. No GPS. No phone. No mercy.

This fight to the finish isn’t about money or a prize; it’s about pushing the limits of human endurance. It’s about strength. It’s about determination. In the end, only one team will be crowned the Ultimate Alaskan Survivor.

Endurance: Returning Ultimate Survival Alaska champion, and two-time Iditarod winner, Dallas Seavey is once again at the helm of the Endurance Team. Coming off his second Iditarod win (where he set the all-time speed record), Dallas is eager to defend his crown. He’s joined by avalanche forecaster and heli-ski guide Lel Tone, who at just over 100 lbs is a small but deadly force to be reckoned with. The last member of the team is Ben Johns. As a lifelong mountain climber and ski guide in the Canadian Rockies, Ben is an unstoppable mass of pure muscle respectfully known as “the Canadian Moose.”

Military: After narrowly losing to the Endurance team last year, the Military is out for revenge. Leading the team once again are former Green Beret Grady Powell and former Navy SEAL Jared Ogden. This season, they have one goal in mind: beat Dallas. Helping them try to win the title is former Marine scout sniper Daniel Dean. A good ol’ country boy from Tennessee, Daniel’s backwoods knowledge of hunting and fishing is crucial to the team’s survival.

Alaskans: Back for their third season, mountain man Marty Raney and big peak racer Tyler Johnson lead the all-Alaskan team.  Joining them is world-renown mountain guide, Vern Tejas, who in addition to having climbed Everest dozens of times, has a long history of guiding expeditions with Marty.  These savvy mountain vets are in their element in high elevations.  Armed with ice axes and climbing ropes, no peak can stop them from reaching their goal. 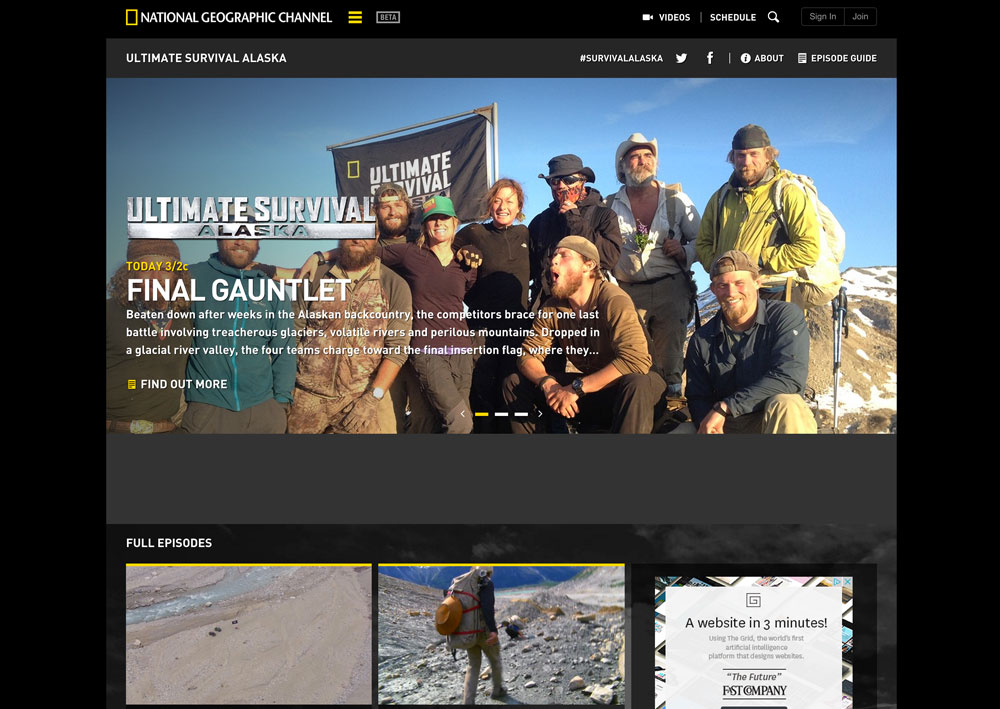