HomeTeam – BACKUP DO NOT DELETE 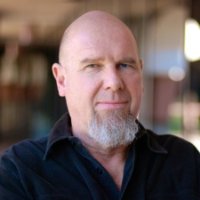 
Brian is a veteran of unscripted television, and has worked on numerous hit shows including Survivor, Eco-Challenge, The Alaska Experiment, Monster Garage, BBQ Pitmasters and many others. 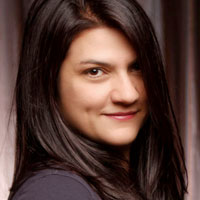 Shelley Storm has dedicated her career to television production with an emphasis in non-fiction programming. She’s worked for a wide array of entertainment companies including Paramount Pictures Television, MGM Entertainment, and Fox Sports Net. Before joining BCE, Shelley served as Vice President of Production & Operations at Asylum Entertainment, where she worked on Emmy nominated shows such as Fox Sports Net’s Beyond the Glory and ESPN’s 30 for 30.  Since joining BCE in 2012, she’s been an integral part in the development and management of all of the company’s shows. 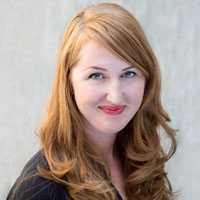 The last place the teenage Kristina imagined she would one day thrive was among alligator hunters, tree-cutters, and reckless environmentalists. Yet now, she can’t imagine it any other way. Forget being a ballerina, a doctor, or (sorry for the scare, mom) a painter… just give her a good ol’ male-factual television show to produce.

Kristina’s love for docu-reality hit home, when she produced two seasons of the critically-acclaimed Animal Planet series, Whale Wars. She began working with Brian Catalina on the second season of Swamp People in September, 2010. Since then, she’s worked side-by-side with Brian on Mudcats, Big Bad Wood, and two seasons of Ultimate Survival Alaska. She was promoted to Executive Producer at BCE in March, 2013.

Kristina’s career in documentary film and television began fresh out of college, over 15 years ago. Her first job was working as a researcher for the Academy Award-winning director Errol Morris on the feature film Mr. Death: The Rise and Fall of Fred A. Leuchter, Jr. She also associate produced the acclaimed Lionsgate documentary, The U.S. vs. John Lennon. And, yes, she did get to hang out with Yoko.

From film, she moved into the world of television, earning an Emmy nomination in 2006 for Victory in the Pacific, part of the PBS series American Experience. (One day, that little gold lady will be hers!)

She is a proud graduate of Smith College (go women’s colleges!) and now resides in Culver City, CA. 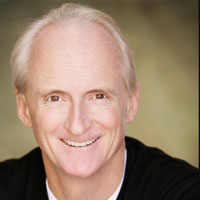 Fred Greenlee is a former nationally known standup comedian who gave up the exciting Las Vegas show business lifestyle to become a staff situation comedy writer. In the late nineties through 2001 Fred worked for Chuck Lorre on the ABC hit show Dharma and Greg. From that experience he segued into development, working on numerous projects and pilots both in the states and in Europe. In 2008-09 Fred was the head writer for 30 episodes of the German situation comedy Volles Haus for the ProSieben network.


When Fred returned from his stint in Europe, he joined Brian Catalina in developing new, male-factual TV shows. Additionally, for the last four years, Fred has worked with Brian as a Senior Producer – both in the field and in post.

Prior to taking his current position as Executive Producer at Brian Catalina Entertainment in May 2014, Fred worked as As Vice President of Development and Current Programming for All3 Media. Fred brings over a decade of unscripted experience, producing hit cable shows such as Deadliest Catch, Top Chef, Top Chef Masters, 30 Days and hit network shows such as The Biggest Loser, The Amazing Race, Undercover Boss and many more. Pichel is a two time Primetime Emmy recipient for his work on Top Chef and Undercover Boss. Fred graduated from the University of California at Berkley with a degree in Environmental Sciences and grew up in Southern California. 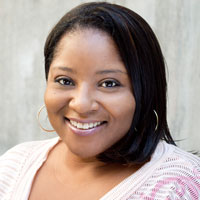 Juanita Mitchell oversees the accounting and daily business transactions of Brian Catalina Entertainment. Prior to joining the company in August of 2012, Juanita worked at 44 Blue Productions. Born in Houston, and raised in Jacksonville, Florida, Juanita currently lives in Lancaster, California with her husband. She holds an MBA in Accounting and Finance from Keller Graduate School of Management and is currently enrolled in the EJD program at Concord Law School. 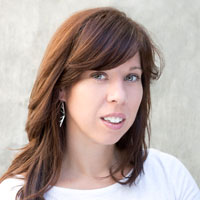 A shot in the dark email, one whirlwind Starbucks introduction hours before the EP had to board a plane, and an iChat interview with Brian from deep in the Louisiana bayou was how Kelly joined the team that would eventually become Brian Catalina Entertainment.

Born in West Virginia, Kelly’s life eventually settled down in South Florida where she was accepted into a Performing Arts high school for Creative Writing. It was there that a mandatory class in TV production changed the course of her life forever.

After graduating from Florida State University’s Film School, she moved out to LA and got her first taste of the industry working as a night AE in a basement edit bay under a sex toy shop on Hollywood Blvd. Needless to say, she was hooked!

In a few short years, Kelly worked her way up from that basement to Lead AE, Post Coordinator and eventually Post Supervisor, where she has since honed her OCD tendencies. Over the past decade she has helped deliver shows for MTV, E!, TLC, NBC, TBS, VH1, CMT, History, Discovery and Nat Geo. She has been working with the BCE team ever since that fateful iChat interview back in 2011. 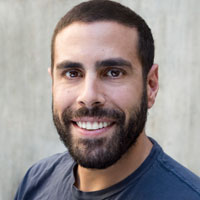 Joe Mastromonaco has been with BCE since it’s inception. He’s a brilliant craftsman of television, whose creative vision has shaped many of the company’s shows. Originally from New Jersey, Joe moved to Los Angeles in 2002. His first job in Hollywood was as an Assistant Editor on the ESPN show Totally Hooked. Since then he’s edited numerous male-factual TV shows such Mudcats and Swamp People on the History Channel. Joe currently lives in Silver Lake where he practices martial arts.

An avid writer with a passion for storytelling in the visual medium, Kevin Hoban joined BCE in fall of 2012. He serves in a variety of roles at the company, from developing new shows, to producing in the field and in post. Since coming to BCE, he’s spent a collective six months in Alaska producing the hit Nat Geo show, Ultimate Survival Alaska. Kevin graduated from Northwestern University with a degree in Broadcast Journalism. His past work in non-fiction TV includes Swamp People and Gangland on the History Channel.