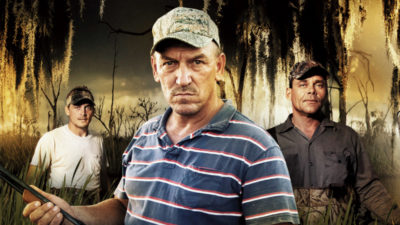 The season premiere of “Swamp People” landed on top in the Thursday cable ratings this week. The returning series scored two back-to-back 0.6 ratings in adults 18-49, and drew in a peak 2.5 million viewers. This is fairly in line for the History Channel series, scoring just slightly higher than the season 7 finale’s 0.5 from May of 2016, and the 1.8 million viewers it drew in then as well.

Trackback from your site.